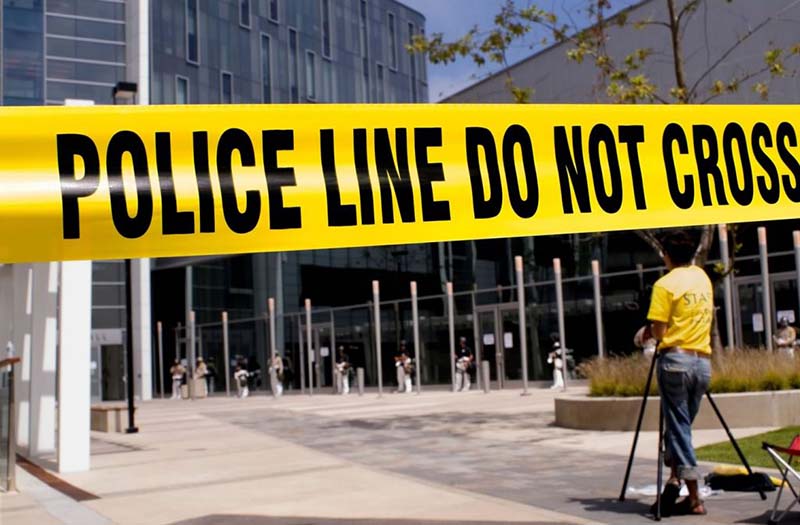 Never go to sleep when your meat is on the fire. 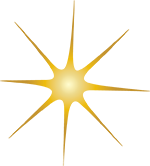 Onsets distinguish crises from emergencies! But one can turn into the other.

Crises normally creep until perpetrators seize the moment and then control circumstances.  Unprepared victims start at a disadvantage.

First is the shock wave. Second, either a delay in regaining control or immediate knee-jerk responses aggravating the predicament. Third, say hello to social and traditional media pressing for comments. Off-the-cuff remarks usually come back as stingers. Do not jeopardize initial mistakes with added burdens! Accommodate the press but never at your own expense.

Another explanation declares that true, rather than superficia,l crises always reach a turning point.

These display no regular pattern. Nonetheless, something positive or negative will emerge from the event’s critical hour or day or series of days. What ultimately occurs most often is based on early– correct — crisis management.

Conversely, emergencies instantly produce apprehensions about seriousness — real or imagined. Fast, capable professional response is required. First responder agencies will be on every scene except for very rare incidents. The smart leader will initiate and maintain close relationships with these skilled teams.

Many, many such happenings can be prevented. If not prevented, then mitigated. If not mitigated, then the heavy weight of critics is felt by CEOs, presidents, general managers and others including communication specialists. Dealing with critics is helped immensely by experience. Pitfalls abound. The most vocal, and who attract media, usually are woefully informed or completely ignorant of facts. Facts are beneficial only after verification.

Because of their nature, crises are easier to foil than emergencies.  When united, one’s accurate interpretation, calmness, prior involvement, skillful approach, whetted knowledge, and adaptability yield favorable results. Despite best practice methodologies failure is conceivable. But without best efforts particularly in advance, failures skyrocket.

In a major news conference, Burke said Johnson & Johnson would stop selling over-the-counter products in capsules, which easily could be tampered with, unlike solid caplets. The company also adopted new triple-seal tamper-resistant packaging standards for its products. J & J recalled more than 32 million bottles of Tylenol from store shelves at a major cost to the company. He offered an unequivocal apology as soon as reports of deaths were verified.

When a reporter asked if he was sorry the company had not acted sooner, Burke responded, “Yes, indeed I am.” Because of his actions, he gained a reputation for strong, decisive leadership in the face of disaster. Fortune magazine named him one of history’s 10 greatest CEOs. The Tylenol case has been cited in countless studies as an example of excellent crisis management.

But good feelings can be brief. Soon after reaching her two-month mark, negative news stories circulated. General Motors had put at least 1.7 million cars on the road with an ignition switch defect. It was reported responsible for more than a dozen deaths. A massive recall ensued. In no time a PR catastrophe crowded out the new CEO’s planned agenda.

Significantly, to backup her mettle she quite transparently issued sincere apologies. Mary Barra blamed herself for a bad situation!

They included not only his own public admittance and regret but also his pledge to compensate every purchaser of a vehicle in the company research project.

The chairman gained worldwide acclaim by keeping his word.

In demand for numerous other reasons noted on his crowded scheduled, Ashland’s CEO took charge of the emergency. Personally accepting responsibility Hall immediately went to the scene. He put together and oversaw a remedial action plan to protect citizen water supplies while also halting increasing threats to nature as well as farm animals.

John’s responsible actions substantiated his own and his corporation’s regrets to all affected. He stayed on the job until remedial tasks concluded successfully.

Having been vetted by several sources including federal authorities, the part-time teacher and cabin  He passed every pre-employment investigation. Preston Global, which ForeseeNow is emerging,  was recommended, interviewed and instantly retained.

Camp owners realized they needed external crisis intervention, on-site strategies, and someone who could work with law enforcement. We also recognized the importance of protecting our client’s outstanding international reputation and particularly the wellbeing of their attendees.

Management’s unhesitating decision in this delicate matter paved the way for an outcome that couldn’t have been better for all publics involved – directly and indirectly. Except for the pedophile. He’s imprisoned federally without parole until age 87!

At FSN, we don’t mince words.

During eras up to the mid-1900s, most execs thought keeping their heads down at crisis and emergency time should be sufficient.

Corporate and institutional leaders found out the ramifications of constant silence — many the hard way. It implies guilt. Not so with public sector types. A tradition of making excuses, pointing fingers elsewhere and simply avoiding responsibility contributed to their remaining laggards.

In essence, successful crisis management requires accepting responsibility as well as accountability for what happens during one’s watch.

However, we do take a different view concerning apologies. The 21st century hastily transformed into an era of sham regrets. People hearing them would say, “Yeah, he regrets only because he got caught!”

Phony expressions of regret become dead bugs on unkept floors; they generate resentment rather than assuaging it.

Acknowledging fault IS the ultimate public response if someone definitely is to blame for a crisis, emergency or other act of intended or unintentional wrongdoing. Yet it’s merely a first step. Unless validated by subsequent superior actions illustrating true remorse the party accountable usually comes across shallow, weak, and deceitful.

Few apologies are believable, especially to victims of business mishaps. The best aren’t prepared in haste. Neither should they be the product of only a lawyer, only a person engaged in reputation management, or the guilty party!

This single chance to begin restoring good will must include input from carefully selected individuals. Yes, whatever is expressed publicly is within the domain of the person sitting on a hot seat. He or she should listen carefully to those they trust. And here’s a warning: Winning in only one court — law or public opinion — is a pale victory at best.

Another side to this issue prompts attention. Even astutely superb CEOs frequently don’t know if/when a crisis will strike or why. But assuming it’s inevitable, openly talking about and preparing for it, they transfer it to the category we at FSN describe as “anticipated, foreseeable tomorrows.”

Doing so makes it easier for everyone in the organization when the worst happens. After all, avoidance is the best way to manage a crisis.

Several unproductive factors prevail among CEOs, presidents, VPs and general managers, most self-imposed. Among them are being too near the situation, feeling paralyzed from prior commitments nearly impossible to change, reliance on overburdened internal associates, severe miscalculations, and costly delays in securing independent counsel.

When either is recognized correctly, the most important step  is overcoming tendencies causing erroneous decision-making. Usually the first error is underestimating situational seriousness.

From a practical standpoint:

The above guidelines best serve any CEO’s future and any at-risk organization. In these times “at-risk” applies extensively within our society.

Below you will find 12 early steps to take when organizations experience violence.

Showing no signs of subsiding, violence comes in diverse packages. Ignoring can be fatal! 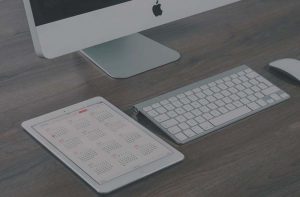 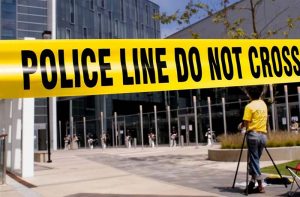 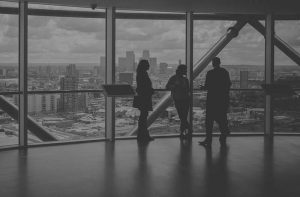 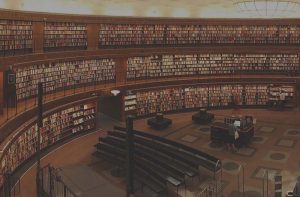 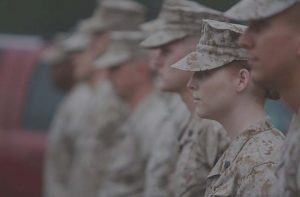 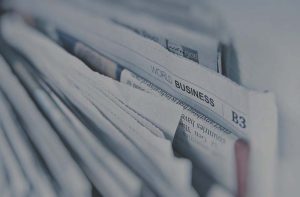 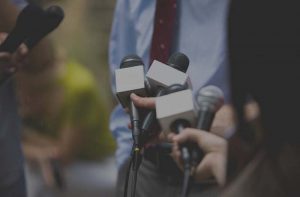 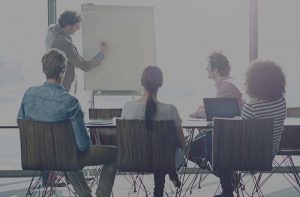 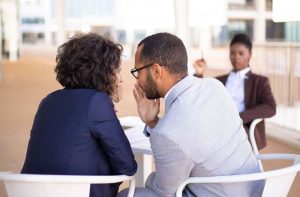 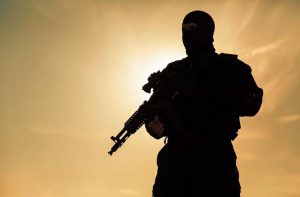 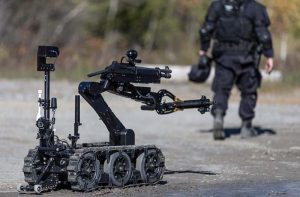 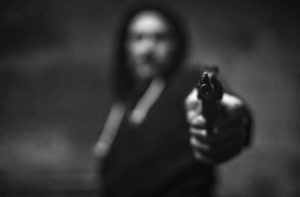