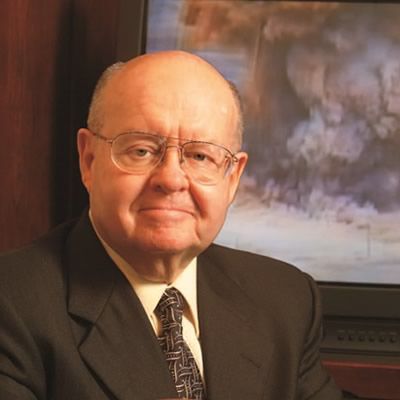 In 1968 our founder launched what today is ForeseeNow, a Preston Global Extension. It began as a one-person, two-client enterprise. Client #2 sought speechwriting and help with local media. However, client #1, an incumbent office holder seeking reelection, was mired in crises ranging from issue distortions to dual attempts against his life.

Immediate necessities meant neutralizing the heavy burdens of Client #1 — patron safety, reputation preservation, and reversing his opponent’s momentum. Safety measures plus positive reputational reminders generated rapid improvement as evidenced statistically. Momentum reversed, but the period between when we were retained and election-day proved too brief.

Nevertheless, our client voiced sincere gratification. Ninety days before the election, he trailed his foe by 62-30 percent. He lost by merely seven percent.

That ordeal was prophetic to a 34-year-old already entering his third career. The first two had comprised Army command duties as well as newspaper ownerships. Why prophetic? Tom knew his consultancy and tactical actions would combine the most serious ordeals with audacious, internally created strategies benefitting a host of diverse enterprises throughout the country.

Simultaneous military obligations and eventual assumption of heavy financial debt associated to his purchase of a corporation, challenged, tested, and at times required considerable steadfastness.

Yet, each display of attentiveness solidified critical instincts concerning unusual situations affecting businesses, industry, and other professions. Such insights as well as skills gained early on, helped brand his consultancy as “one-of-a-kind nationally.”

A Foundation of Rigor and Vigor.

Tom realized the merits of hard labor at age nine. A dairy farm helper during summers, he often came upon unfamiliar situations and conditions requiring trial and error. Both demanded quick yet sound decisions.

At 14 he borrowed money for equipment to tend lawns. He mowed in late afternoons, but not before either emptying rail cars jammed with heavy lumber or lugging bundles of shingles and sheets of tin upon steep roofs for tobacco barn builders. A year later the job was wielding machetes so survey crews could have open views in dense wilderness.

From all this, maturity leaped. During sports seasons, after getting home late from playing varsity football and basketball, the guy who wore jerseys 26 and 22 would be seen on Saturdays unloading truck containers holding weighty supermarket goods.

“Intense physical work early in life prepares one athletically as well as militarily. Fitness, endurance, and willpower are priceless for overcoming intense fatigue. An extra edge against your adversary means the difference between winning or losing . . . between surviving and suffering grave harm.” Mr .Preston says rather frequently.

At one stage he was attached to the Turkish Army. Nikita Khrushchev had dispatched Spetsnaz, ultra-elite Soviet operatives, into that country on covert assassination tasks against American troops. Neither the Soviet Premier nor Chairman Mao Zedong succeeded.

Equally important were Mr. Preston’s never-ending innovations, bringing much acclaim to his firm. For example, he was first to:

Married for 56 years to the former Carolyn Points of Ashland, KY ended with her death in 2014. One son, Matt, United States Secret Service, and a senior advisor at FSN, is featured elsewhere in this section.