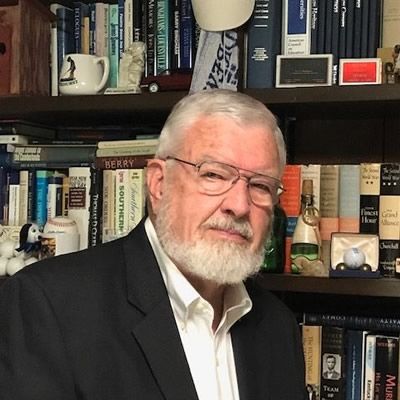 His occupational career began almost with overlapping duties. During the summer before his senior year at the University of Kentucky he was hired by the Associated Press. When school began that fall he requested and was granted delayed entry because the AP needed him as a staff writer until they found a capable replacement.

Concurrently, he was to be managing editor of Kentucky’s largest weekly newspaper. Somehow it all came together without undue distress; Ray gained an A.B. degree on schedule, later earning an M.A. from UK and later a doctorate from Indiana University.

Later, he moved to the role of vice president at Morehead after obtaining a leave of absence to gain an Ed.D. degree from Indiana University. There, he was named a Fellow, the highest award for an IU doctoral student. His major was in higher education with a minor in public administration.

Dr. Hornback then returned to Morehead, assuming not just his former role but also additional duties. Especially worthy of notice is while at MSU Ray coordinated most strategies to assuage local student unrest regarding the tragic May 1970 Kent State University shooting and riot.

The next 17 years saw many whirlwinds. Among a plethora of significant events calling on Ray’s abilities were:

Next, The Private Sector

With nearly two decades at MSU and 15 years at UK, Ray entered the private sector, becoming a vice president of The Preston Group, Inc.

Much of his time was spent with Fortune 500 companies where he represented both as counselor and practitioner in legislative matters as well as in crisis control and policy formations.

After five years as VP at TPG, Dr. Hornback formed his own consulting firm. It proved successful despite major challenges almost on opening day.

Exceptional diplomacy toward adversaries was one of the keys to reducing heat from angry forms of communication. Fortified by a journalism diploma plus other degrees, Ray drew on his years as an, AP writer, and J-school prof. Anticipating future headlines kept him ahead of the wolf packs.

His insights, advice, patience, and labors pleased the client — a man who always had contributed leadership and resources to societal improvement.