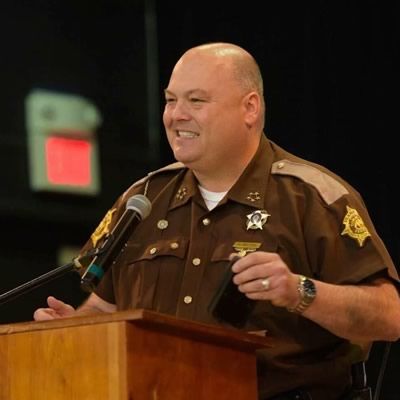 Pat M. Melton – Consulting Specialist, can be described as a cop’s cop, detective’s detective, and a sheriff who made thoughtful, non-biased decisions on behalf of community security.

Law enforcement throughout nearly two decades consumed many of his working hours, a sleep deprivation commonplace in Pat’s three separate yet demanding positions dedicated to public safety. It still does.

High Pressure? All in a Day’s Work

Demands for his services never ceased amazing those who knew him well. Tom Preston recalls.

“We periodically scheduled working lunches. However, between visitors stopping by our table, often asking Pat to investigate this or that, as well as his taking incoming phone messages, little work or munching of food materialized. But those times reinforced how much this man was looked to for help. Citizens depended on his reliability and advice, although he seldom received enough accolades.”

After three years of study at the University of Louisville with additional academic work at Eastern Kentucky University, much pertaining to law enforcement, Melton entered state government, where vehicle safety became a prominent issue.

He moved steadily from two assistant positions into a division directorship in the transportation department.

After organizing, introducing, and growing his concept, Drive Smart proved so effective under his management that the most recent Cabinet awarded it Division status.

In addition to ensuring internal compliances with rules, regulations, policies and procedures, he cultivated discipline throughout his areas of operations. Discipline is a quality Pat took into law enforcement first as deputy sheriff, then police officer and as the elected sheriff of Kentucky’s state capital city.

Melton’s capacity as a crime-solver and spokesman who excelled with media relations was obvious early on.

Again, trust came into the equation; reporters found him candid, thorough, and available. Among his responsibilities as a policeman, deputy sheriff, and sheriff, Pat:

Perhaps the pinnacle of his law enforcement career has been leadership and cleverness in solving one of the most perplexing property crimes in America.

Barrels, cases, and individual bottles of the famed Bourbon, “Pappy Van Winkle” disappeared from two world renown distilleries, primarily an inside heist eventually resulting in 10 indictments and a 15-year prison term for the ringleader.

The “Pappy-gate” mystery drew national attention from newspapers such as the Washington Post, Wall Street Journal and New York Times plus key network radio and TV coverage. This rare, very limited brand is both difficult to find, and pricy.

Pappy Van Winkle is considered iconic in Kentucky, the birthplace of bourbon where 95 percent of all the world’s supply is produced.

Pat Melton is another part of the Commonwealth’s grand folklore.