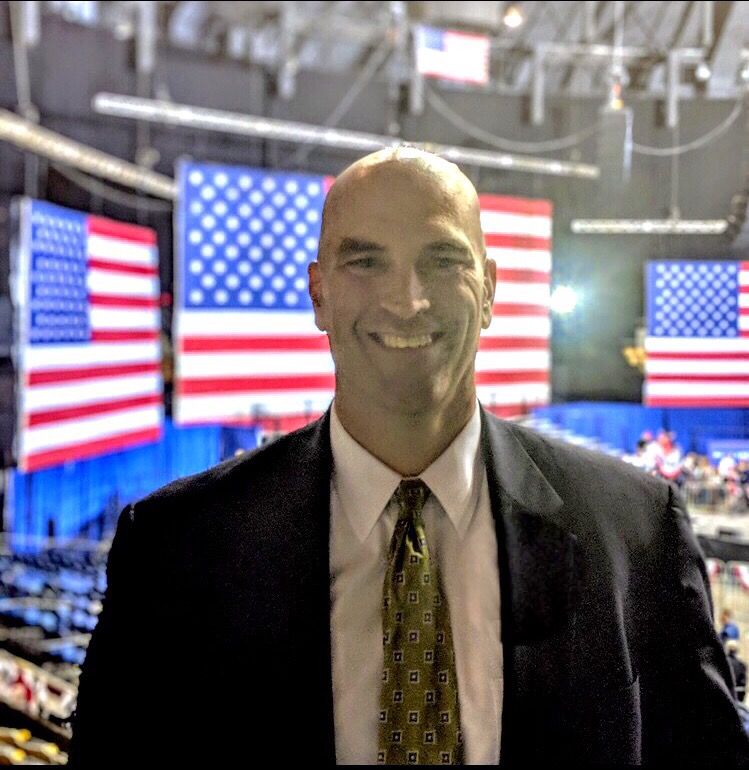 For the past 27 years he investigated, pursued, and brought to justice domestic as well as foreign white collar criminals while also protecting an array of national and international government leaders.

During those periods whether stationed in Los Angeles, CA, the Bay area, Washington, DC and Nashville, TN his missions also required presence in 28 foreign countries.

A graduate of Woodford County (KY) High School, he earned a BA degree in International Studies at Rhodes College (Memphis) with emphasis on the Soviet Union and the Eastern bloc. Soon he became a candidate for entry into the United States Secret Service.

Following preliminary and advanced training, first at the Federal Law Enforcement Training Center and then to the Rowley Center in Beltsville (MD), Matt’s initial assignment was the USSS Los Angeles Field Office.

During three years there he co-founded and organized a fraud task force, which resulted in the arrest of more than 60 individuals committing various financial schemes. He also served on the GOP Presidential nominee’s protective detail.

From L.A. he moved to the San Jose, CA Resident Office, continuing his work in diffusing financial crimes. While there he acquired an additional role of mentoring newer agents and conducting protective intelligence investigations.

These complex investigations encompassing threat assessments and planning mitigation would become a common thread throughout his career.

In January, 2001, Matt transferred to the White House in Washington, D.C. where he held various responsibilities for the next five years.

On 9-11 as a member of the USSS Presidential Protective Division, he was part of the team taking the President to the Pentagon shortly after terrorists crashed an airliner into that facility.

The image of destruction — part of a coordinated offensive against New York and elsewhere – “is one I’ll never forget,” he said.

During that first tour in D.C. Preston also was assigned to protection details for both the Department of Homeland Security Secretary as well as the National Security Advisor.

One foreign trip, initially veiled in highest level secrecy, occurred when he and another Special Agent suddenly were ordered – with less than eight hours’ notice — to Joint Base Andrews.

There they boarded a military cargo plane. After a period airborne, they were informed of the assignment: Conduct part of the advance for the Summit at Lajes Air Force Base, Azores, which involved three international leaders.

It was at there that the decision was made to invade Iraq and rid the world of Saddam Hussein’s global terrorism and mass murders.

The Azores wasn’t his only Summit responsibility. During 2004 when the G-8 was scheduled for Sea Island, GA, he and another agent were responsible for all risk assessment and threat mitigation activities at that successful international event.

Upon completion of diverse duties in D.C. Matt transferred to the Nashville Field Office where he once again investigated financial crimes and helped mentor new agents.

In March, 2008, he was promoted to a supervisory position at the USSS training academy. From Nashville, Matt headed back to where he once was a trainee, but this time he would lead the section devoted to investigative tactics.

He was given hands-on chargeability for the Control Tactics Section. Within that distinctive unit students were taught self-defense as well as how to protect leaders assigned to them while always performing in a tactically sound manner.

Year 2010 found the Special Agent in the Dignitary Protective Division. Alternatively, he was responsible for security of foreign heads of states from throughout the globe visiting this nation.

The same was true on behalf of American officials traveling abroad. In that one period he made 14 trips overseas with U.S. dignitaries. Those adventures included missions to China, South Korea, Belgium, France, Germany, Russia, England and elsewhere.

Throughout his career he guarded more than 40 Kings, Prime Ministers, Premiers, and of course, Presidents. Matt was directly involved with security of every living U.S. President as well as several now deceased.

Home in the Nashville Area

Following years of multiple responsibilities in the nation’s Capital City and elsewhere, Matt applied for a return to the Nashville, TN field office. Busy times continued until his recent retirement. However, in September 2021 he temporarily re-joined the Secret Service as a Special Agent (Retired Annuitant). In this capacity he continues to provide security to national and international leaders and also assist in the recruitement and hiring process.

Family life includes marriage to the former Ashley Mickle of Kankakee, IL, whom he met at Rhodes College.

She teaches grade school special education. They are parents of twin daughters and a son. One daughter attends Centre College (KY); the other goes to Rice University (TX). Their son is a Brentwood (TN) High School student.

Federal duty greatly limited his golf until retirement but no way did it diminish his determination to compete in and enjoy the sport after a lengthy layoff.

Tom Preston couldn’t be more pleased with his son’s joining ForeseeNow even if on a part-time basis.

“Matt’s varied achievements have been noted independently not just by an admittedly proud father. He consistently reflects leadership, maturity, skills, true courage, love of family, and devotion to service.”